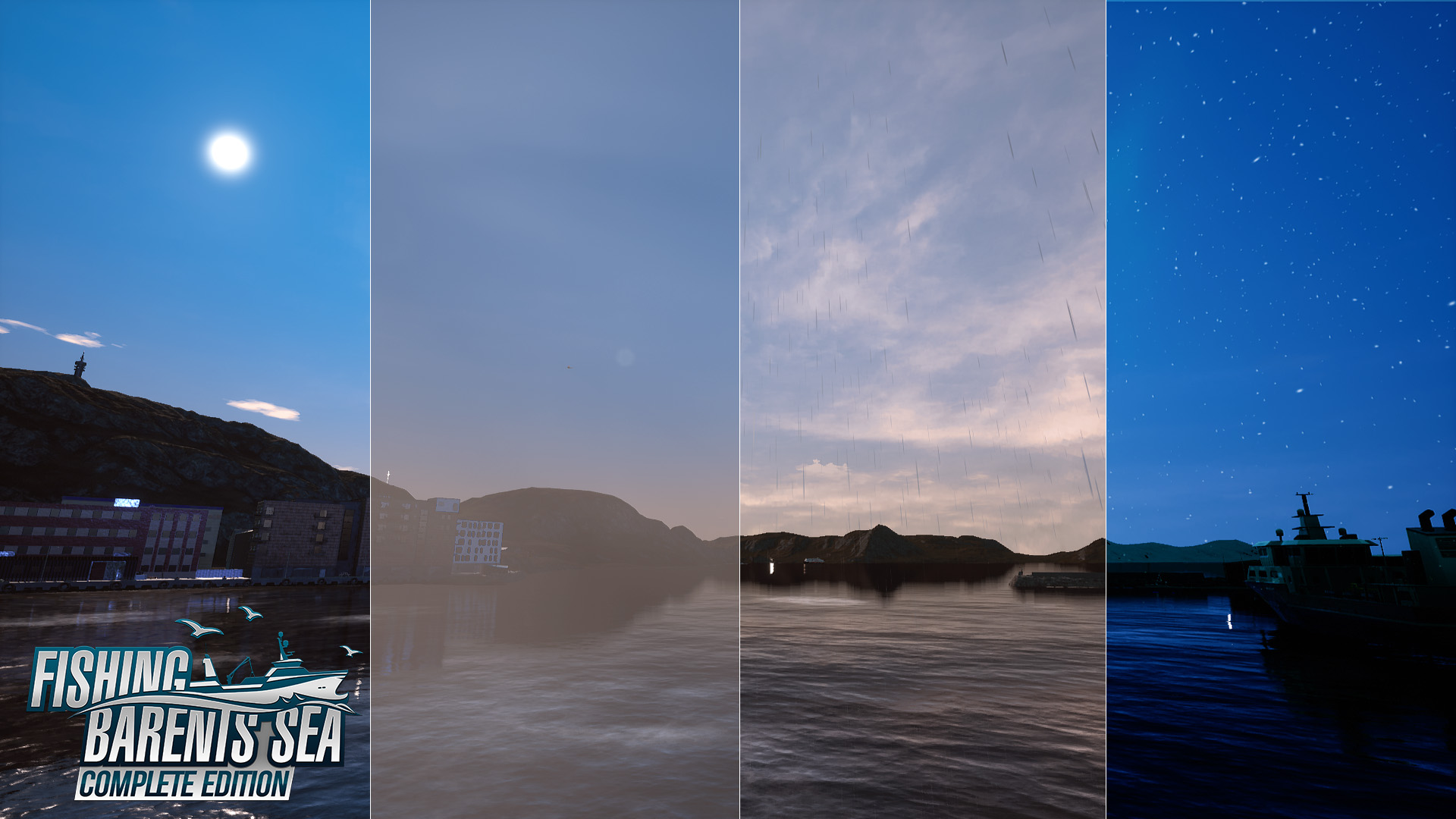 Duesseldorf, December 13, 2019 – This is what console gamers have been waiting for: Fishing: Barents Sea, the hit simulation by astragon Entertainment and Misc Games, is now available for Xbox One, PlayStation®4 and Nintendo Switch™. Under the title Fishing: Barents Sea – Complete Edition the industrial fishing game takes players to cold Northern Norway, where they can start out to become the most successful fisherman of the Barents Sea.

Before heading to the Barents Sea you can watch the official release trailer here.

The brand-new Fishing: Barents Sea – Complete Edition not only includes the extensive base game but also the Line and Net Ships DLC, which adds five additional line and net ships, as well as the King Crab DLC, which lets players hunt for the majestic king crabs. All additional content updates that have up to now been released for Fishing Barents Sea on PC are of course also part of the Complete Edition.

Soon-to-be fishermen start their careers in the scenic harbour of Hammerfest on board of the tiny fishing vessel Børge, which they have inherited from their grandfather. This is where their great journey on the sometimes quiet, sometimes rough Barents Sea starts, during which they will work their way up from a small fisherman to the biggest fishery entrepreneur of this region.

With over 13 different ships, future sea dogs can discover the Barents Sea while trying their hand at various fishing techniques. But not only the craft of catching fish has to be mastered: Players also need to keep a watchful eye on the fluctuating prices of the fish market to get the best prices possible for their catch. Furthermore, they have to make sure to always stow a sufficient amount of important equipment such as baits and hooks, that their ships are always fully repaired and that their crewmembers, who can be hired in different harbours, feel well cared for.

At the top of their career, the originally licensed Hermes Trawler, the biggest of all ships in the Fishing: Barents Sea – Complete Edition, awaits the virtual fishers. This modern catch and freeze trawler offers them the supreme discipline of all fishing techniques – bottom trawling. But no worries – with a little bit of practice, discipline and the help of the original Scanmar Catch Control System, which provides all relevant details for a successful fish haul, this challenge will be a breeze in no time.

Thanks to the Fishing: Barents Sea – Complete Edition, virtual fishermen can now make their dream of a life on the high seas come true. With the game on Nintendo Switch™ even on the go!

The Fishing: Barents Sea – Complete Edition is now available as a digital download for Xbox One in the Xbox Games Store, for PlayStation®4 in the PlayStation® Store, for Nintendo Switch™ in the Nintendo eShop and for PC on Steam™ as a bundle for 29.99 EUR / 29.99 USD / 25.99 GBP