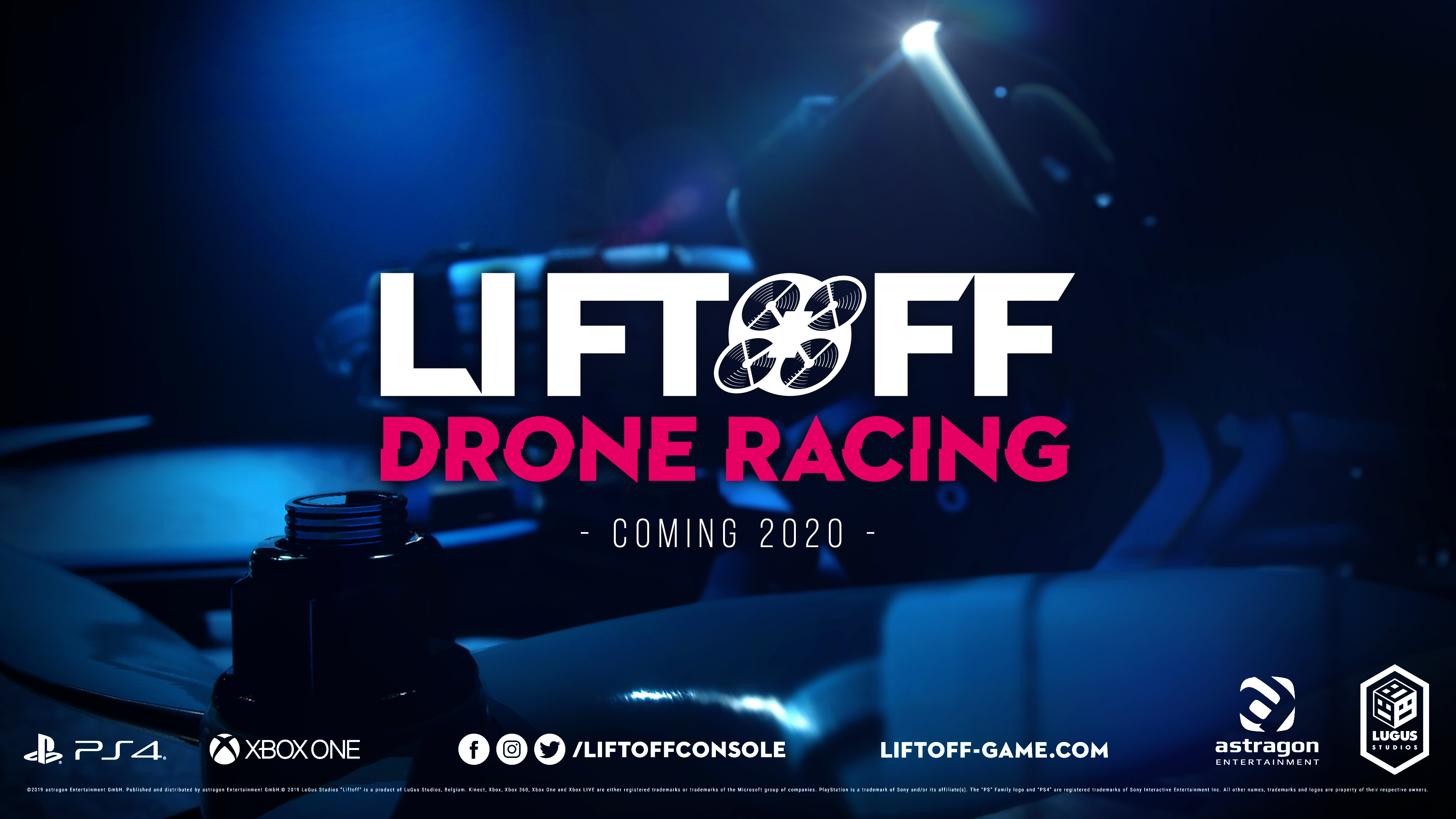 Drone simulation comes to consoles for the first time in 2020

Duesseldorf/Germany, January 30, 2020 – Thanks to the drone simulation game Liftoff: Drone Racing, players will be able to experience the excitement of fast-paced air races on PlayStation®4 and Xbox One this year. LuGus Studios and astragon Entertainment are happy to release first details, screenshots and a trailer of their new drone racing title today. In addition to this, media representatives and visitors of PAX East in Boston will be able to get some first-hand impressions of Liftoff: Drone Racing between February 27 and March 1, 2020

The PC game Liftoff: FPV Drone Racing was first released in September 2018 as a successful drone simulation on Steam and continues to enjoy great popularity among enthusiasts of the drone racing sport. This success has prompted astragon Entertainment to cooperate with the Belgian developer LuGus Studios in creating a drone racing game for PlayStation®4 and Xbox One. The console game will include some completely new features, to which further details will be announced later this year.

In Liftoff: Drone Racing, console players will experience the exciting and fast-paced world of the drone racing sport. This of course also includes competing against other FPV pilots in nerve-wracking races. A good drone pilot knows not only how to fly properly but is also aware of the importance of proper preparations. From countless original licensed frames as well as individual parts the quadcopters can be customized to fit the individual needs of their pilot. When it comes to races, this customization will also help players to squeeze even the last, perhaps decisive, bit of efficiency out of the little machines. The game will also offer different game modes for experienced pilots as well as newbies which will help them to improve their piloting skills at their own pace. Liftoff: Drone Racing will offer a dedicated "assisted flight" feature that will make drone racing easily accessible to every player on consoles.

An early impression of the simulation game can be obtained as early as next month at this year’s PAX East in Boston. From February 27 to March 1, 2020, an early alpha version of Liftoff: Drone Racing will be part of the astragon exhibition portfolio.

Liftoff: Drone Racing will be released in 2020 for PlayStation®4 and Xbox One.